In addition to his own extensive musical legacy, Sir Charles Mackerras also has a familial conducting legacy in the form of not one, but two nephews, both of whom have not only taken up the baton but also created their own renowned orchestras: Drostan Hall of Camerata Chicago and Alex Briger of the Australian World Orchestra. 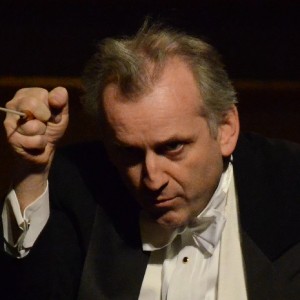 Hall is a contributor to the Master Conductor documentary and is the Music Director of Camerata Chicago to which Sir Charles was the International Advisor for a number of years. He formed the Camerata Chicago orchestra in 2003.

This video of Hall conducting Beethoven’s 5th symphony was recorded live at 98.7 WFMT Chicago on October 13, 2014. The show ‘Live from WFMT’ was hosted by Kerry Frumkin at Nichols Concert Hall, Music Institute of Chicago, Evanston.

Alex Briger has become a conductor of note and formed the Australian World Orchestra in 2011.