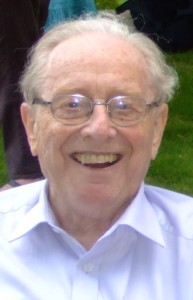 To celebrate the life, career and exceptionally wide-ranging achievements of the acclaimed conductor Sir Charles Mackerras, the WFMT Radio Network presents a documentary in two parts, painting a vivid picture of Sir Charles as artist and man using invaluable archive recordings of him in conversation and personal recollections from many musicians who deeply admired him.  There are also contributions from members of his family, with memories of him extending from his very young days right up to the close of his life.  The program host and producer is a former musician who over a period of nearly four decades worked closely with him both as an orchestral player and documentary maker: Jon Tolansky. The documentary has been made possible by the generous funding of the Buonacorsi Foundation which supports projects in the arts.

Back to Special Features