Welcome to the Mackerras Legacy web site, about one of the greatest orchestral and operatic conductors in musical history, Sir Charles Mackerras.

To honour and remember his life we present four unpublished audio features: an interview conducted in 2010 by Ambrose Hall on the art and technique of conducting; reflections on Charles’ early life from his sister, Joan; an interview with Sir Charles created and edited by distinguished producer Jon Tolansky for MackerrasLegacy.com; and a series of three interviews by Jon Tolansky with great musicians Valerie Masterson, David Corkhill and Thomas Higgins about their recollections of working with Charles Mackerras.

This site is designed to present special features and projects commemorating his life and music: 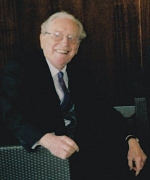 A special interview recorded in 2004.

Produced for MackerrasLegacy.com, Jon Tolansky asks Sir Charles about his life and work. We would like to thank Jon for his wonderful contribution. 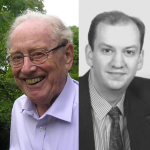 A special interview on conducting technique, never before published.

Recorded on 4 February 2010 by Ambrose Hall shortly before Sir Charles’ passing on 14 July 2010. This interview focuses on conducting style and technique. In the interview, Ambrose Hall and Sir Charles discuss how he studies and prepares for rehearsals and performances, his favourite conductors, working with Benjamin Britten and many other topics. 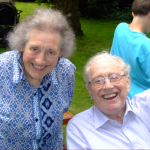 Sister of Charles reflects on his early life

A series of interviews with great musicians about Sir Charles Mackerras. 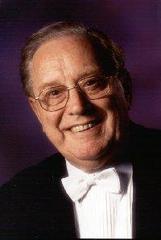 This feature presentation complements the 2016 radio documentary produced by Jon Tolansky, “Charles Mackerras, Master Conductor – A Profile“, which was distributed by the WFMT Radio Network – Chicago and syndicated around the world. Celebrating Sir Charles’ life, career and exceptionally wide-ranging achievements, the documentary includes 28 musical excerpts and interviews with numerous musicians who worked with him. Here we publish the transcript and audio interviews. 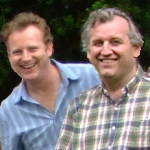 A fantastic and comprehensive legacy of recordings – and two living conductors.

Two conductors in the next generation to which Charles passes the baton are Drostan Hall, Music Director of the Camerata Chicago Chamber Orchestra and Alex Briger AO, Conductor, Australian World Orchestra.

Category:News
14 July 2020 marks the tenth anniversary of Sir Charles Mackerras' death. To honour and celebrate his life and remember his legacy we present three unpublished audio features - an interview conducted in 2010 by Ambrose Hall on the techniqueRead more ...

Category:News
Sir Charles would have been 91 today, November 17.   Pictures above taken in Suffolk in 2007. Picture below taken in 2008 in a green room, London. Read more ...

Category:News
A new web site has just been launched as an online hub for links and information about the life and work of Sir Charles Mackerras. CharlesMackerras.com.   The web site features a recently published book written Nigel Simeone and John Tyrrell which includesRead more ...
Go to top